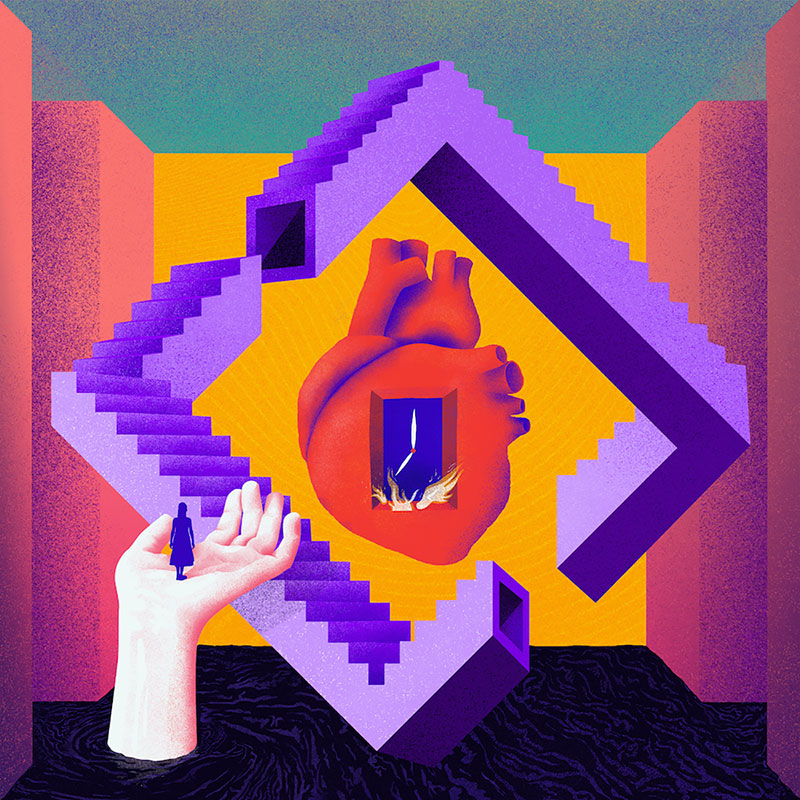 SEVEN is about being confronted with the uncomfortable truth of having created a version of yourself that doesn’t feel completely real. It is about accepting this reality – embracing it – so that you can eventually let it go and move on.

The lyrics sprung from Nadine’s realization that she had never allowed others to see her own vulnerability, because she unconsciously told herself that her purpose was to keep the people around her happy. She had built a well-working mechanism, mistrusting her own feelings and believing that everything bad happening was her fault. Even though she’s usually a very social person, she ended up feeling trapped around other people, with moments of peace only arising when she was all alone.

During the process of SEVEN’s creation, it became clearer to us that the desire to let go and break free would best be expressed in a song that makes you want to move.

Hopefully this song inspires you to be less critical about yourself and trust in the validity of your wants and feelings. Don’t be the one that stands in the way of your own personal growth. Enjoy living life to the fullest.

SEVEN was released on June 11 on all streaming platforms.